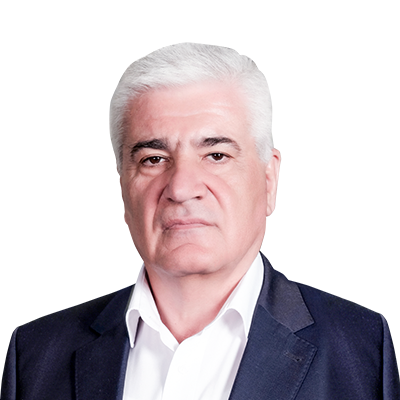 Member of Supervisory Board

Gegham Gevorgyan was born in 1958 in Yerevan.

In 1975-1980, he studied at Yerevan State University (YSU), Faculty of Mechanics and Mathematics.

In 1994, he was awarded a prize of Hayastan All Armenian Fund, in 2009 - Anania Shirakatsi medal.

In 2008 - 2019, he has been Vice-Rector on Scientific Policy and International Cooperation in YSU.

Since September 2021 up to present - Director of the Centre of Mathematical Research in YSU.

Since June 2006 up to October 2017, has been Member of the Board of Prometey Bank CJSC.

Since October 2017 up to September 2019, has been Member of the Board of Evocabank CJSC.

Since September 2019 up to July 2022, has been Deputy Chairman of Supervisory Board of Evocabank CJSC.

Since July 2022 up to present - Member of Supervisory Board and Representative of minority shareholders of Evocabank CJSC.