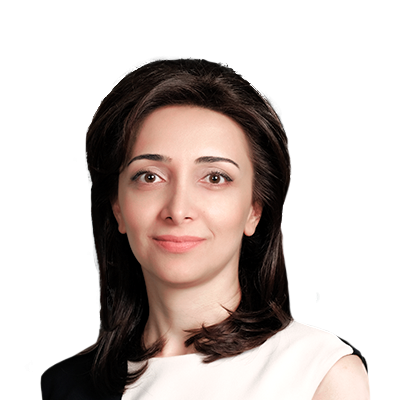 In 2003, she graduated from Yerevan State University and 2009 she got a master's degree in business administration (MBA) from American University of Armenia.

In 2012 she underwent  professional development courses on Strategic Human Resource Management organized by the same university.

In 2007-2011, she served as analyst and marketing specialist to organize and carry out researches in a number of marketing, sociological and business consulting companies.

In 2011 served in Prometey Bank as the head of Marketing division, a year later she was appointed bank's HR manager.

From October 2017, she was the head of Evocabank's HR Management Division.

Since April 2019, she is the Head of HR Management Division, member of Management Board of Evocabank CJSC.

Married, with one child.