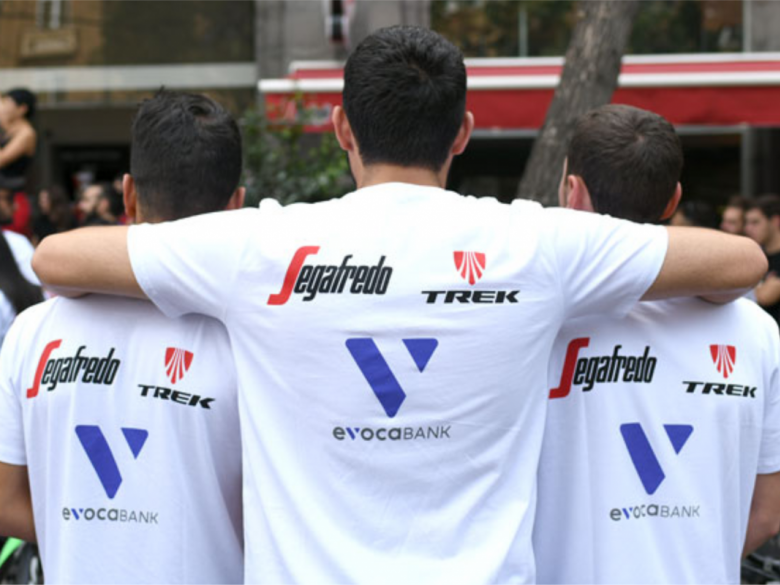 From early morning the Yerevan streets came alive with festive atmosphere: over 200 bikers were awaiting the launch of the Segafredo Trek Yerevan 2019 event.

The following items were to be randomly drawn as the event prize:

The fest was held for the third consecutive year.

The motto of the Segafredo Trek Yerevan 2019 event was "Ride without littering". Evocabank values the protection of the environment, and the event has been up-to-date and tailored for the youth, as is Evocabank, - said Lucy Sarukhanyan, the head of Marketing and Public Relations Department.

The race participants were unexpectedly treated with tasty coffee and special branded water.

The money earned from the event will go to purchase of bicycles for orphan home children.

The event was covered by KAMOBLOG, whose photos can be found here.