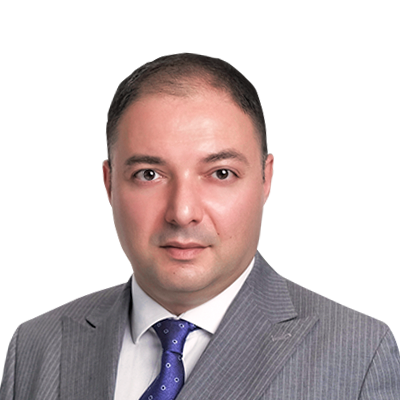 Chairman of Management Board

Karen Yeghiazaryan was born in 1979 in Yerevan.

In 2000, graduated from the Armenian State Engineering University, and in 2012 American University of Armenia, earning a Master's degree in Business Administration (MBA).

In 2022, by the Resolution of the Supreme Certifying Committee of Armenia was awarded the Degree of Doctor of Philosophy (PhD) in Economics.

Since  May 24, 2019 up to present - Chairman of Management Board of Evocabank CJSC.

Since August 7, 2019 up to present - Member of the Board of ACRA Credit Resporting CJSC.

Since 2022 is lecturing at Yerevan State University.