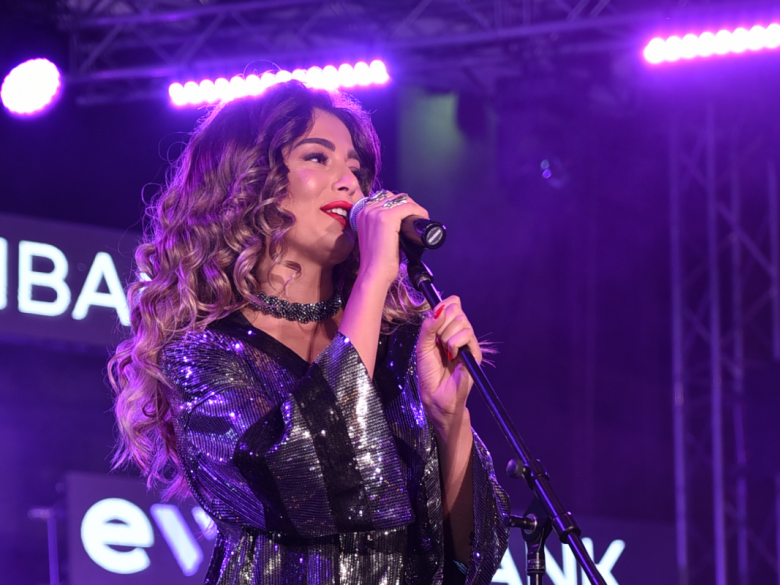 Iveta Mukuchyan's concert was held on September 14th on Freedon square in front of the Spendiaryan National Academic Theatre of Opera and Ballet. As known, Iveta Mukuchyan is the Bank's shill appearing in all its commercials.

The program began with a song titled «Towards a New Reality» which is also the motto of Evocabank. The concert proceeded with Iveta's hits, cover versions of well-known songs and Armenian folk-songs accompanied with amazing dance and stage lighting and effects. The program included a debut of the United song whose official music video will appear very soon.

Iveta has been Evocabank's customer for several years and as a busy and travelling person she performs all her financial transactions through EvocaTOUCH app – at any point of the world and any time of the day. The Bank keeps adding new funcionalities to EvocaTouch app making it more convenient to use.

The concert ended with beautiful fireworks adding unforgettable impression to the festive mood of the guests.

At the end of the event Iveta Mukuchyan kept her promise to surprise the guests: interacted with her fans who asked her for autographs, took pictures with her and talked to her for several hours.

Photos of the event here.